Open Container Laws in the State of Florida

Open Container Laws in the State of Florida

Possession of open containers of alcoholic beverages in vehicles is prohibited under Florida Statutes 316.1936 and anyone found with an “open container” in their vehicle will have to face penalties, including possible jail time, fines and a criminal conviction on their record. These laws apply to Orlando as well, making it illegal for anyone to possess an open container of alcohol in the city of Orlando when in a public place.

You might think that going to the bar and having some fun with your friends will not get you in trouble, but if you happen to walk out of that club or bar with an open container of alcohol, you may get arrested or issued a Notice to Appear by the Orlando Police Department. If such a charge is not handled properly, it can end up in you being convicted, which can damage your career and ruin your life. The same case applies to anyone driving a vehicle on a public road with alcohol in their possession.

An open container is defined as “any container that is immediately capable of being consumed from, or the seal of which has been broken”. According to law, open containers must be carried in a locked glove compartment, locked trunk, or other non-passenger area of the vehicle.

An open container may be defined as a bottle, can, jar or any other vessel that can hold alcohol, in the form of wine, beer, spirits or liquor with a broken seal or open top. Open containers also refer to any receptacle which has alcohol partially or fully removed, such as empty wine bottles.

Any driver travelling with an open container anywhere in the vehicle, other than a locked compartment is guilty of a non-criminal moving violation and will be subject to a fine. This law applies to those drivers too who are not in physical control of the container. Open container laws are not only applicable to the drivers, but they are also applicable to passengers. If a passenger is found in possession of an open container of alcohol, he or she is also guilty of non-moving violation, which is a crime punishable by a fine.

Open container laws are not only applicable to those travelling in a vehicle, but according to Gainesville City Ordinance, it is unlawful for anyone to possess an alcoholic beverage in an open container on any public street, sidewalk, or publicly owned parking facility. The law also applies to anyone who is consuming alcohol on private property without the consent of the owner. Since the law applies to all public places, it includes stadiums, parks and grounds, as well as Colleges and Universities.

What is the Transportation Equity Act?

The Transportation Equity Act for the 21st Century, which was enacted June 9, 1998 as Public Law 105-178, allows states to receive benefits for complying with the federal government. States complying with TEA-21 receive state roadway funds from the federal government. Currently, 39 states participate in prohibiting open alcohol containers in public and in motor vehicles.

Under Florida law, you can be ticketed or arrested for possessing an open container, either in a vehicle or in public. This means that both driver and passenger must abide by open container laws, or else they risk being ticketed or arrested for violation. To receive a ticket, you do not necessarily have to be intoxicated or under the influence. If a passenger is in physical possession of an open container, the passenger will be charged and the driver may also receive a ticket for the passenger who is in violation. Therefore, your best option is to place the containers locked in the trunk or the glove compartment until you arrive at your destination.

Depending on the severity of the situation, you may be charged with a misdemeanor for possessing an open container and you will also be fined. The fine amount and the sentence may vary between different ordinances. So if you have been arrested or ticketed for possessing an open container, you may have to face criminal charges. Therefore, it is necessary that you get in touch with a criminal defense attorney who understands open container laws and penalties and knows how to handle them.

The Ladan Law Firm is a prestigious Orlando criminal defense office dedicated to helping those who need it most. 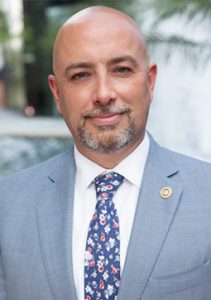 Amir Ladan and his team have handled a few traffic matters for me and my family and his representation has always been the same: efficient, aggressive and fair. The firm communicates with you and keeps you informed. They are very responsive and accessible; even after regular business hours. As a lawyer myself, I know how difficult it is to keep the client satisfied. Amir and his team are excellent at this! Thank God for you!
Debbie Forrester

Amir Ladan is the ultimate consummate professional. He truly cares about his clients and is very easy to work with. His entire staff is amazing. I would not recommend any other criminal defense attorney other than Amir. Trust me, you can’t go wrong unless you go to another law firm!
Denise Michelle

Unfortunately I needed Amir’s services over a decade ago and he was incredibly professional, dedicated to helping me and help put my family’s mind at ease. I would highly recommend him to anyone!
John Sands